ASP.NET Core is a open-source web framework that everyone are so excited about recently. There are some good arguments to be excited about it: ability to run on Windows, macOS and Linux, ability to host website in IIS, Nginx, Apache and Docker and it’s fast.

Can it be used for Service Bus scenarios? 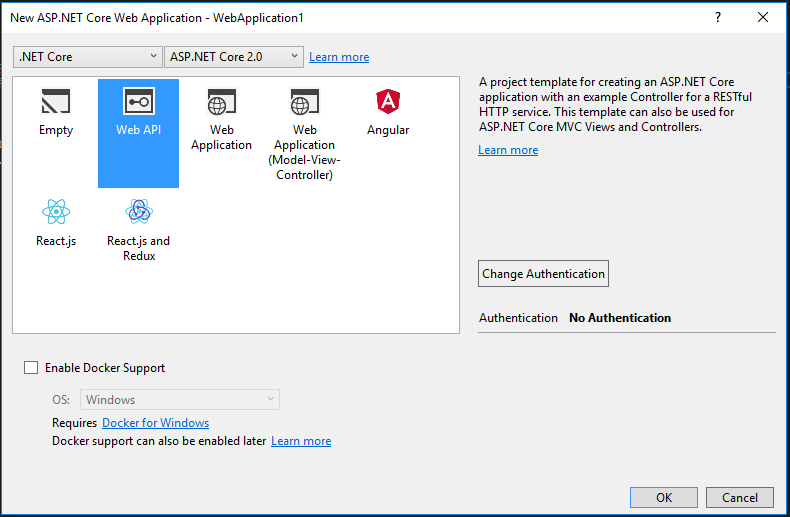 Microsoft.Azure.ServiceBus nuget package differs just a bit from WindowsAzure.ServiceBus so for creating topic you won’t use QueueClient.CreateFromConnectionString method, but rather TopicClient constructor, where you can directly pass custom retry policy.

You probably noticed that I created a ConfigurationHelper class to read vales from config. To have a connection string to your bus in a file, add appsettings.json file your peoject. Also set it’s properties to Content and Copy if newer. This way it will be copied to server when project is deployed. My configuration file looks like this:

All code needed to connect to service bus is complete – congrats:)

However our job is not yet done. I mentioned earlier that I want to send messages to the bus triggered by web request. Do achieve it I need to have a controller:

Notice that there is no ApiController. In .NET Core there is only one Controller that can be used both to handle api logic and return json, or serve views for a web page.

In order for routing to work I also added some code in Startup class.

Since it is much better to test an app online instead of locally, I published it with Azure App Service. It’s a powerful tool for deploying and scaling web, mobile and api apps running on any platform. Microsoft also says that it ensures performance, scalability and security, but the most important for me is that you can deploy your app within couple of clicks from Visual Studio. 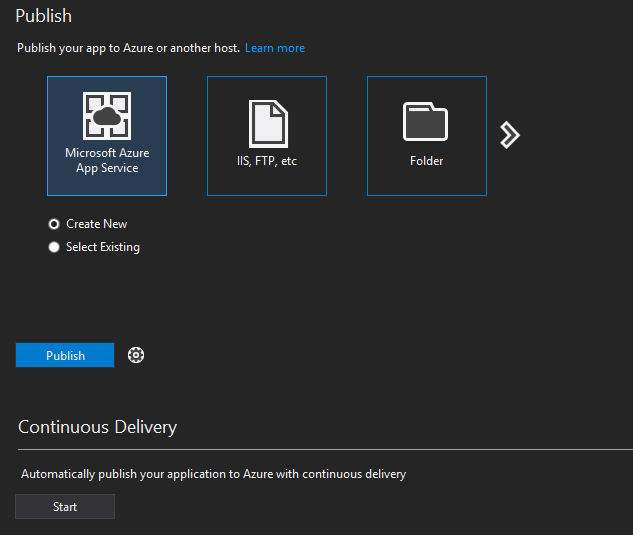 To read more about Azure Service Bus nuget package go to this accoucement.

All code published here can be found in my public github repo.

One thought on “Sending a Azure Service Bus message in ASP.NET core”