.Net Core is an exciting framework to work with and if you’re wondering what is this fuss about, I’ll explain everything in just 12 statements.

Let’s not wait anymore and start!

.Net Framework and .Net Core are completely separate frameworks. But why Microsoft decided to create something from scratch? Let’s see what are the drawbacks of .Net Framework:

As contrary to that a new framework was created – .Net Core. It runs on Windows, Linux and MacOS, is open-source and is designed with web requests handling in mind.

If we take all the hosting frameworks, .Net Core will be in the top 3, which is already impressive. However, if we take a look only at popular languages and frameworks, ASP.Net Core will be well ahead of the competition. Just take a look at popular hosting frameworks like netty for Java, nginx for C or nodejs for JavaScript. This may be one of the biggest reasons why to switch to .Net Core.

.Net Core is an open-source project, which means, that it’s sources are available online. Take a look at the page of .Net Platform on GitHub. 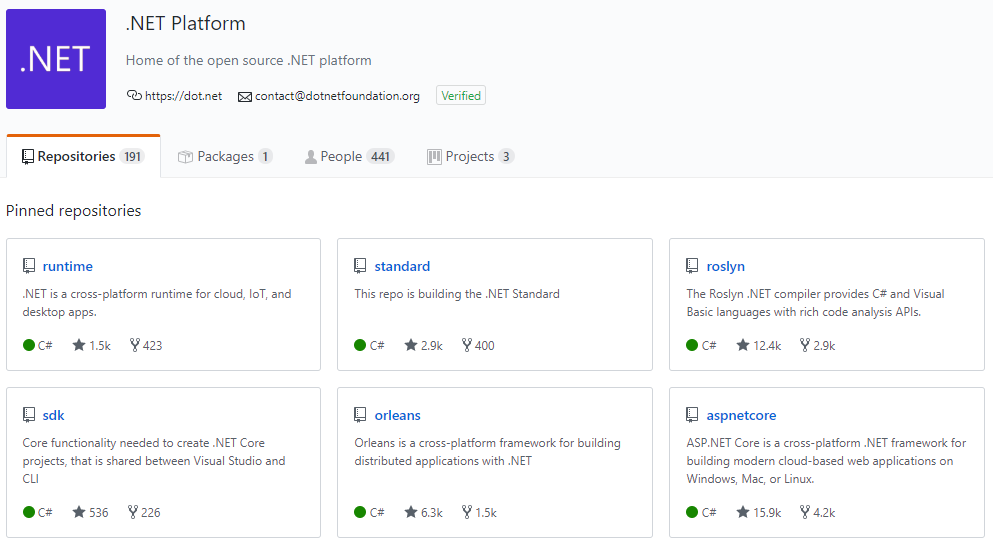 Over 190 repositories within this platform! But what does it mean, it’s open-source? 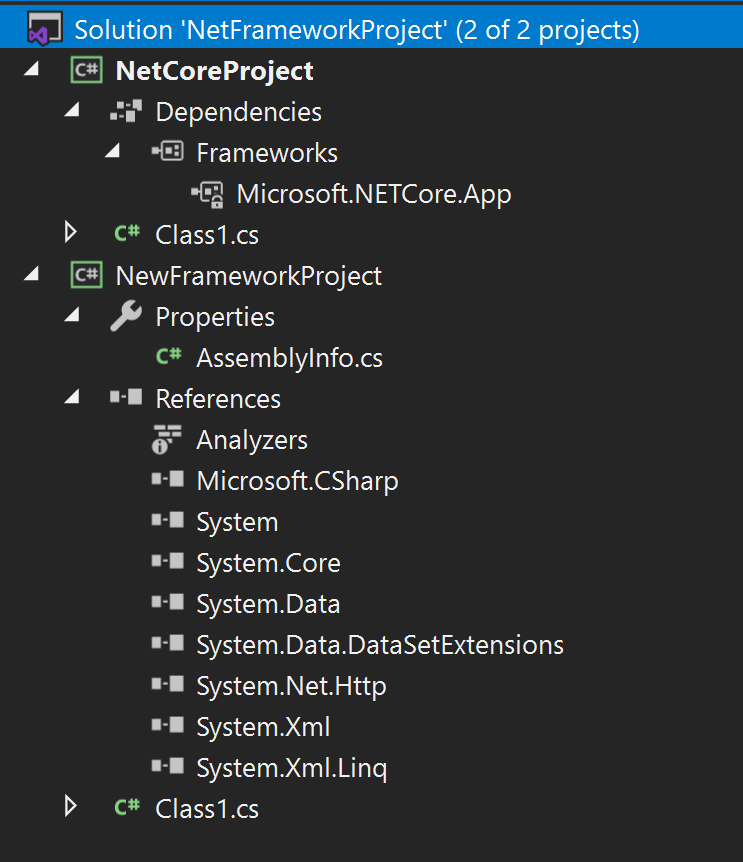 Those projects were created from a template from Visual Studio. Notice that .Net Core needs just one package, where .Net Framework needs the whole bunch of assemblies to start working.

Not let’s have a look at project files. 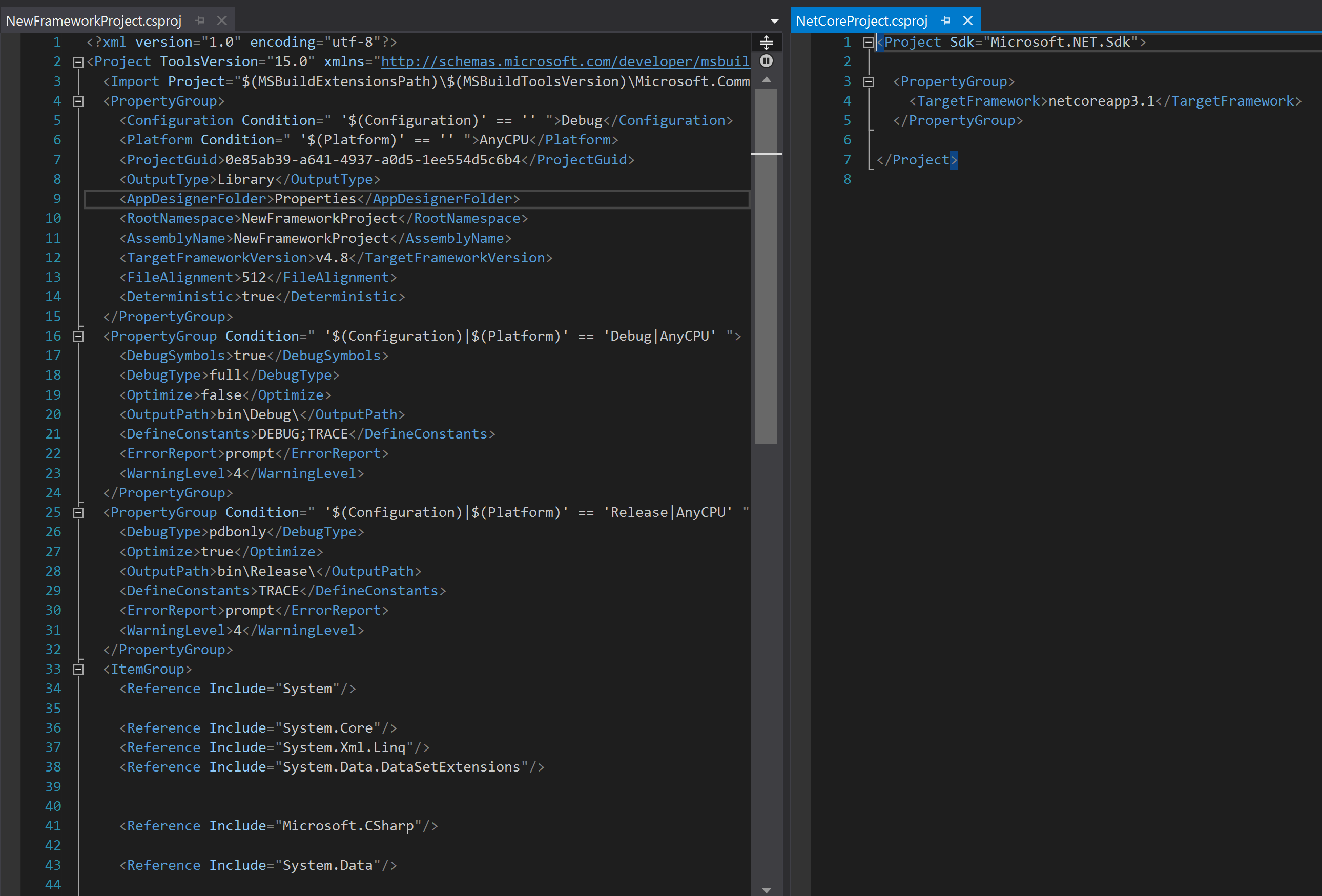 .Net Framework on the left, contains a lot of configurations and settings, whereas .Net Core doesn’t need anything like this. It’s much easier to read and to work with. What’s more, as our project gets bigger, this file will not grow so much as in .Net Framework, so it will still be very readable and great to work with.

This is what I already mentioned, but I wanted to emphasise it even more. .Net Core is a multi-platform framework and this means:

There is also a very hand .Net Core CLI, a command language, what works on multiple OSs, that we can use to:

6. Many things are supported out of the box

.Net Core offers quite a lot without installing many additional packages. It was designed with fast request processing in mind, so it’s ideal for creating Web APIs. As a result of that, writing a Web API from scratch is trivial, as well as adding many necessary features that you need:

.Net Framework is a big framework. In software development changing, testing and releasing big projects is hard and requires a lot of time. This is why .Net Framework wasn’t released frequently and wasn’t changing very rapidly. .Net Core however is modular and contains of more than 190 repositories, what does that mean? Theoretically:

This proves right as .Net Core is developing rapidly, especially when you look at integration with Azure cloud.

Another advantage of having modular framework is that you only reference packages that you need. Because of that your app will be lighter and will be quicker to publish.

Yes! And this is a surprise for me, that .Net Core from version 3.0 has a Windows Forms implementation. This package contains the most popular elements from WinForms as I know from the old days. This is very exciting because you can benefit from all the goodies of .Net Core (performance, modularity), but the looks stay the same. Sadly there are no plans to make Windows Forms multi-platform, so you won’t be able to run in on Linux or MacOS.

Take a look at this graph:

.Net Core will contain all of the best features of .Net Framework and Mono and will build on top of that. What’s more, Microsoft says that .Net Core is the future and it is the framework that they will support. You may noticed, that next version of .Net Core will be called .Net 5. This is because version 4 could confuse developers.

When it is coming? Soon – around November 2020. What’s new, .Net 5 will support IoT – mobile phones and gaming – XBOX. This means that a library once written can be used in all of those cases and I’m sure that development of new features will even increase.

10. You don’t need to rewrite everything

I personally work in a solution, where we have multiple older projects in .Net Framework, but a few ones in .Net Standard as well, working together.

.Net Standard is a subset of libraries of .Net Core, so you have most of the features available, but you can write code the supports older frameworks.

Important note – porting existing projects to .Net Core can be trivial or not possible at all. The problem might be with legacy libraries that were written for .Net Framework and will not work on .Net Core. In those cases, you would need to rewrite your project to use different libraries and that can take time.

Many thins in .Net Core is rewritten or written anew, so methods and interfaces might differ. However, most changes are in configuration, dependency injection, and handling request pipeline. 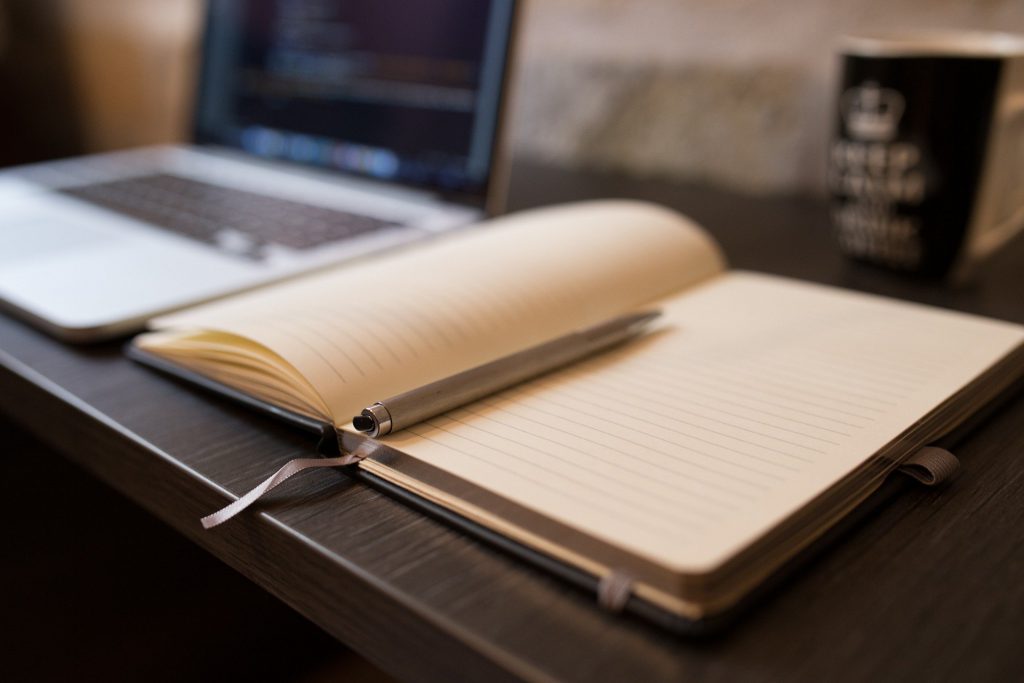 Yes! There are many reasons, but let’s look at the most important ones:

You can also learn .Net Core 3 with me on Udemy. Here is a link to the best possible offer. I’m sure you won’t get disappointed: https://www.udemy.com/course/microsoft-aspnet-core-30/?referralCode=8CD54D26BD8929CC27EB

5 thoughts on “12 things you need to know about .Net Core”